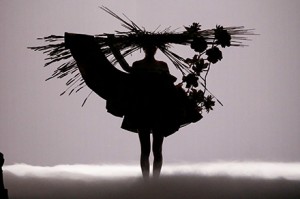 “I put my heart and soul in my work and have lost my mind in the process” – VINCENT VAN GOGH. My first reaction to the presentation of Viktor & Rolf’s Spring/Summer 2015 Haute Couture collection was: “Waaaaaaat?!? Has the world gone mad??? Viktor & Rolf + African print = madness”. After posting the pictures on my Facebook account, I immediately looked at the Atelier Vlisco website in order to find out whether it was an ‘official’ collaboration with Vlisco. It was, and how cool! But then, as my friends started to react on my Facebook post, I wondered, what level of ‘cool’ are we talking about here?

ctor & Rolf have played with symbols of Dutch heritage before. In their Fall 2007 Ready-to-Wear show they had the models walk on the traditional Dutch clogs (with heels!). Furthermore, the clothing was referring to regional wear from Spakenburg, amongst others. Then for the Spring 2014 Couture show they invited dancers from the Dutch National Ballet to perform as models. And now, again they’ve taken Dutch artistic icons, Vincent van Gogh and Vlisco, as a means to communicate their current fashion point of view.

Yet I was still wondering about the effects of this collaboration for the African market. Vlisco, a Dutch company based in the Dutch countryside but largely operating in the Central and West African market, is slowly moving away from being thè Chanel-like brand of Africa. Ever since they’re adopted by Africans, the fabric has slowly been adapted as part of the (West) African culture. But, next to expanding their business in new and emerging markets on the African continent, Vlisco also tries to move to a more globally focused fashion brand. But then, wouldn’t that mean a loss of the brand’s heritage?

The success of European-produced wax print does not reside in the mere specialization of a European industry in an African market. It is the complex processes of localization in which this fabric was inserted into a set of local practices and cultural strategies that allowed for its assimilation within African consumption structures (Sylvanus 2007: 209). This complex process of localization is now taking place on yet another level, the familiarization and assimilation of African print on a global stage. 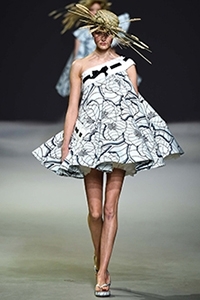 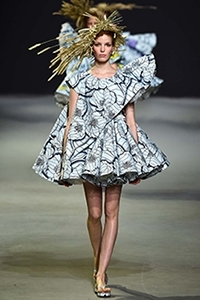 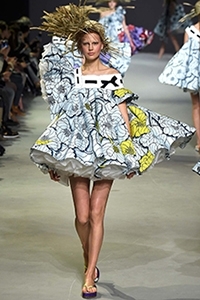 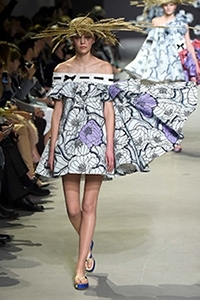 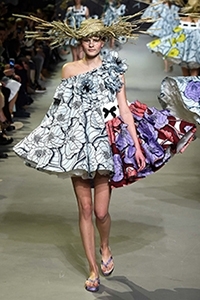 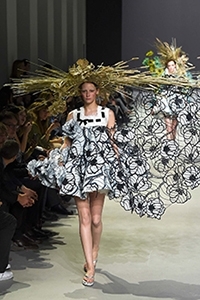 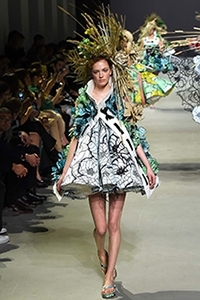 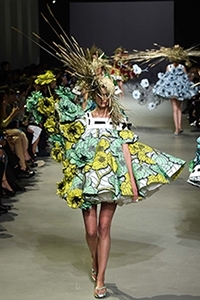 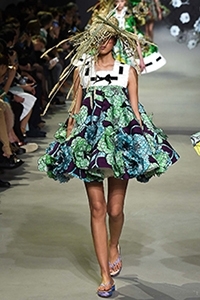