THE SOCIAL REPRODUCTION OF CULTURAL SYMBOLS 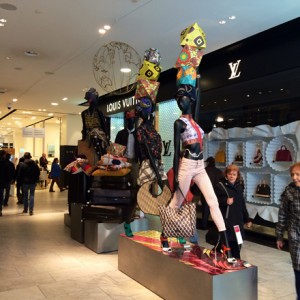 “I look forward to the exclusive Vlisco Tailor Events in De Bijenkorf: I wonder if consumers in the Netherlands have the guts to choose a Vlisco design and dare to ask “Please can you make me a dress out of this fabric?” ©Roger Gerards, Creative Director Vlisco. Would they? I do but do they? It has been an amazing few years since 2010 when I first started to gain knowledge on the Dutch fabric producer Vlisco. Producing ‘African prints’ in Helmond, a little village in the southern part of the Netherlands, exporting them to West- and Central Africa where Africans consume the fabrics as if they’re their own. A rather interesting process that I have researched for my Bachelor thesis in Social and Cultural Anthropology. When I came back from a fieldwork period in Accra, Ghana, I still had to explain to Dutch people what Vlisco was, what it meant. From time to time I was wearing the prints and I spotted signs of recognition with only a few people. Now, the prints are everywhere in the Netherlands. Even on television! Are we socially reproducing the prints as being a Dutch cultural symbol? I wonder..

Pictures taken at the Bijenkorf in Amsterdam. 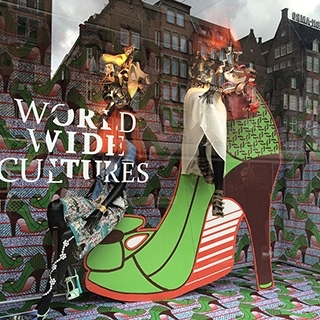 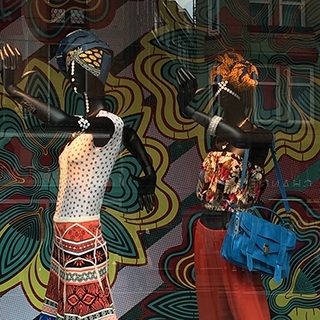 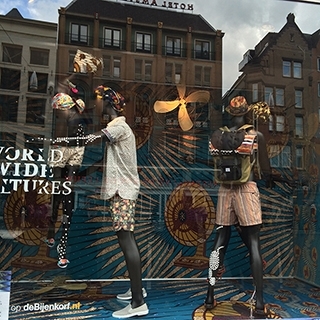 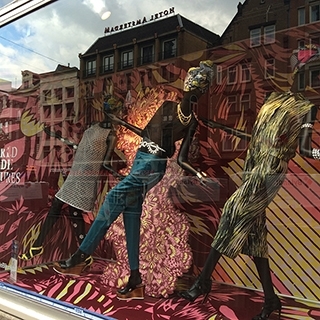 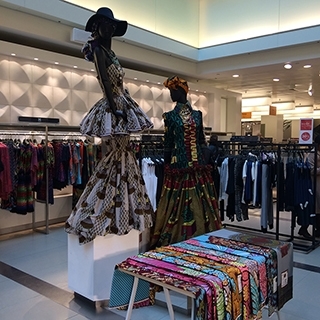 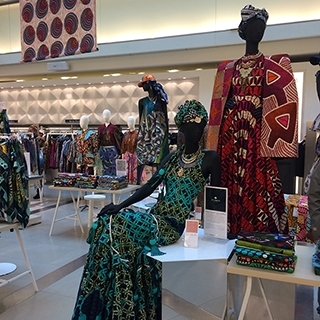